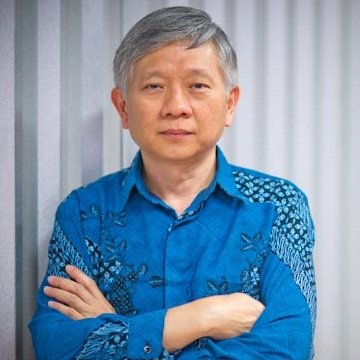 BACKGROUND I am experiencing a déjà vu moment
Share

I am experiencing a déjà vu moment.

When I was working in the U.S., I lived through Silicon Valley’s first dot-com bubble in the late 1990s through early 2000s. From those tumultuous times, there emerged big losers and big winners. Ebay, which had been profitable since the early years and received $6.7 million funding, now has a market cap of over $38 billion. Paypal received $217 million funding and now controls a market cap of over $70 billion. On the other hand, Webvan, an online grocery store, received $396 million of world-class venture capital funding (Benchmark Capital, Sequoia Capital, Softbank Capital, Goldman Sachs, Yahoo, etc.), raised $375 million through an IPO then filed for bankruptcy.

Global companies and Venture Capitalists (VCs) have been increasing their investments in Indonesia over the last few years, as the U.S. and China markets have matured. They have been inspired by Silicon Valley’s success, and even more motivated after seeing the success of BAT (Baidu, Alibaba, and Tencent) in China.

Indonesia is the fourth most populated country in the world with over 260 million people, and the majority of them are young Millennials. The population is growing rapidly; they are actively engaged in social media using mobile phones, and many of them are coming online for the first time. Indonesia is the digital world’s next big battleground.

Amidst all this excitement, there is news of a few startups receiving big investments with billions in valuations. A handful companies have claimed profitability; others’ statuses remain unknown although they are growing in terms of revenue, the number of employees, the number of customers, and other key metrics. At the same time, numerous startups have declared bankruptcy on a regular basis for the last couple of years.

My other passion, aside from technology, is the game of chess. Chess divides the game into 3 distinct phases: the opening, middle, and endgame. The player must be able to identify the start and end of each of these phases, and evolve their strategies and tactics throughout the transition. Skills relevant to one phase may no longer be relevant to the next.

The Indonesian battlefield has emerged and, in my mind, we have closed out the opening phase. Domestic players are emerging and growing. International companies are placing their own stakes in the ground.

What comes next? It is too early to tell who the eventual winners and losers will be as we now transition to the middle game. Based on my experience living through this game once or twice, this article discusses what to expect as next steps for all the players involved.

If Indonesia follows a path similar to Silicon Valley, many more Indonesian startups will enter the startup graveyard, while a handful of big winners will find outsized success. Each startup will have to go through growing pains. Growing pains are key factors determining the fate — life or death — of a hyper-growth startup. Recognizing growing pains is the first crucial step in order to take the necessary precautionary measures.

Specifically, startups have to overcome obstacles in these key areas: Technology, Business, and Leadership & Management. Scale these aspects properly in a timely manner, and they will increase the chance to grow into a scalable, profitable, and sustainable business.

Our industry moves at a single, constant speed: fast. Today’s technology inventions are the foundation of future inventions. The accumulated inventions for the past six decades — Mainframe, PC, Internet, Mobile, Cloud-computing, Networking, Artificial Intelligence, User Interface, and Communication — have increased our productivity and accelerated each subsequent change at a dizzying speed. Companies rise fast and some of them fall even faster if they are complacent and are not reinventing themselves. Companies in the high-tech industry usually have 2 extremes: the successful ones get bigger and stronger, achieving near monopolistic levels of power while others suffer bankruptcy or, perhaps worse, irrelevance.

There are many technical decisions to consider as a startup grows exponentially. I will mention just a few of them.

Some wise people have advised that you should use company money as if it were your own and spend frugally. This is even more important in a startup environment, especially when they’re not yet profitable. As startup owners and management team, we legally, ethically, and morally have a responsibility to various stakeholders — employees, customers, shareholders, and the community — when running a company. The VCs are expecting to get their money back in high multiples because they have obligations to their own investors.

Fiscal negligence leads to the fall of startups. When startups receive large new rounds of funding, a common mistake is to overspend — hiring luxury limousines when picking up guests, partying in 5-star hotels, hosting team-building exercises in exotic resorts, etc. This behavior is irresponsible to the stakeholders. I firmly believe startups should live within their means. We must spend frugally yet intelligently.

At the same time, it’s important to double down on the caliber of your people. I used to work for one of the most successful software companies in the world when it was still small. My coworkers and I all worked 12 hours a day and 7 days a week without any complaints because we loved what we did. We found our work was meaningful because we improved people's lives globally. We were on a mission to make the world to be a better place! The company was rewarded handsomely — making billions in profit — while doing good.

Years later, this company has grown by multiple orders of magnitude. One of the old-timers asked a new employee why he joined the company. The reply was shocking — he joined the company for the free drinks, free food, parties, and benefits — this employee was joining for all the wrong reasons! He had neither the passion nor the fire of the early employees who had made the company into what it was. The mission-driven perseverance of the startup mindset is one of the few reasons startups even have a chance to compete against large companies.

As a startup grows, the interactions become exponentially more complex between employees with different educations, experiences, and cultures. Growth means diverse customers, shareholders, and complicated product integrations. Suddenly, founders and management team are dealing with multiple business units and office locations in different time zones. It’s next to impossible to enumerate all the possibilities.

So how do we deal with the above challenges?

Some potential solutions include, but are not limited to the following:

The list of a startup’s growing pains could fill an entire book. I’m just scratching the surface with this article. Internally at KASKUS and GDP Labs, we take the time to recognize the foundation we have established, but are also now preparing for the next phase. We expect to grow quickly, but at every step of the way, we must maintain our focus on long-term sustainability, on staying humble, and passing onto new team members what has driven us to where we are today.

Building a truly great technology company is a marathon, not a sprint. There’s a tendency to rush forward to the next big milestone. And indeed, as I’ve frequently reminded my team, speed and sense of urgency are a startup’s best tools against well-funded corporate competitors. But I’ve seen too many companies attempt to run before they can walk. The upcoming middle game is a fascinating phase, where much of the action happens; most of the pieces are removed and only the survivors remain. We’re here and we’re ready to play.